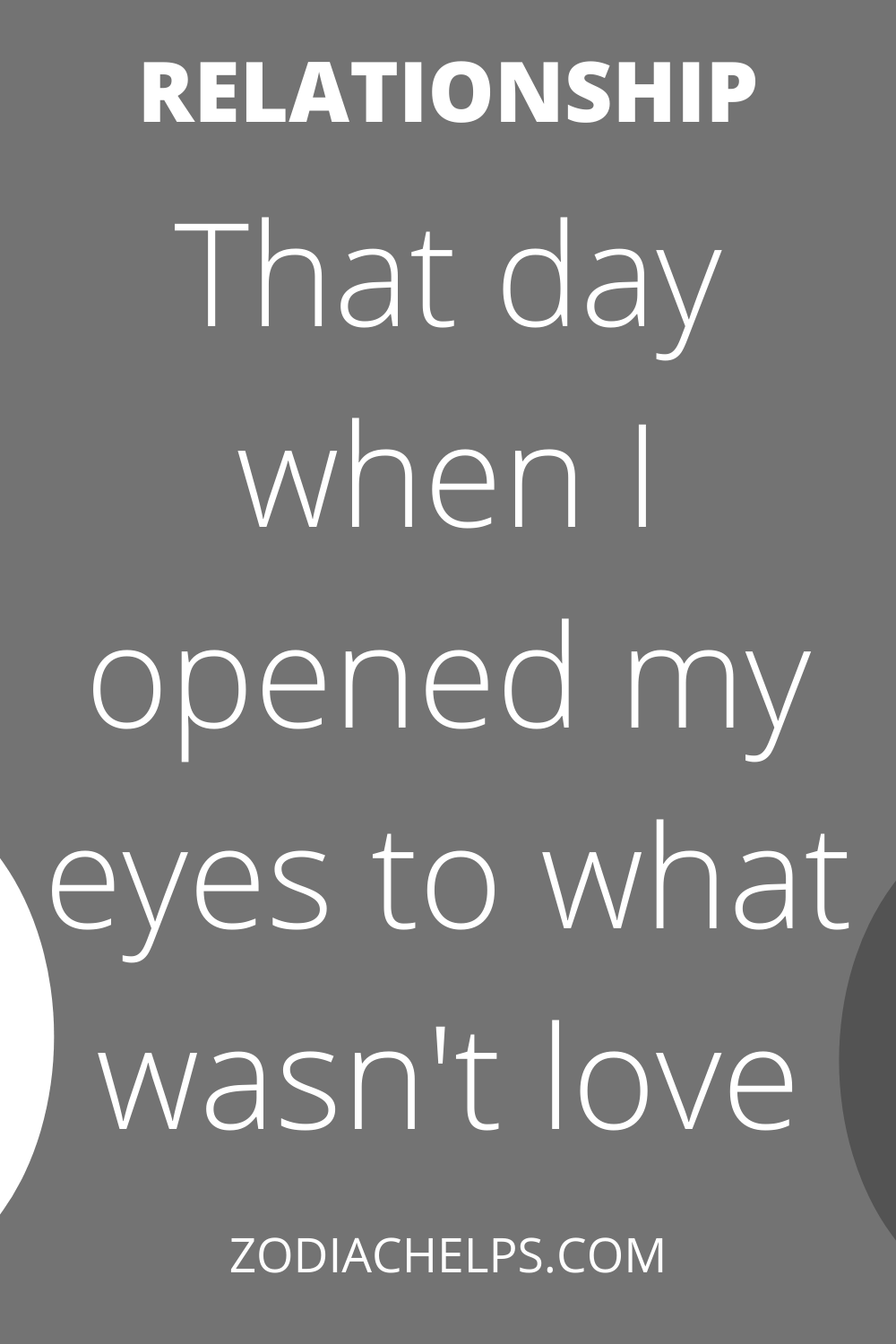 If you have any questions about what a toxic relationship is, I can answer you because I finally figured out what it is.

I finally opened my eyes to what was not love …

The paper and the flame

He was handsome, loving, kind and hardworking.

I could tell you that life, however, had not spared him. But he stood up, he moved forward without looking back. He was making the most of the situation, using as fuel for success what would make many of us angry and bitter.

“If life gives you lemons, turn them into lemonade”.

But when he crossed my path, it was wild, uncontrollable, dangerous fireworks.

Sometimes two people with the best intentions and the best heart combine and become like a piece of paper and a flame: they dance together for a brief moment, yet knowing the inevitable end that awaits them. They dance, despite the pain that consumes them.

The truth is, sometimes people are just toxic to each other.

This does not mean that they are inherently bad. But they could still be toxic to you.

This toxicity, I can feel it running through my veins, as I close the last boxes in this apartment empty of everything but especially him.

I can’t help but wonder if one last conversation with him would make the difference.

All the signs indicate that it is not. But my heart keeps coming back to this man, who nevertheless hurt me like no one had ever done before.

I watch my phone out of the corner of my eye, hoping to see his name appear.

Unless I call her me?

Why forgetting is difficult

Because love born out of an unhealthy relationship is extremely powerful and destructive.

It is a love that is difficult to give up. It’s a story with someone you want more than anyone. Someone who we would do anything for. Someone we forgive over and over again when we barely forgive others.

Because with him, you have the feeling that it’s different.

Until the toxic parts of the relationship crush us.

I could tell you all about those times he left me on “read”, on purpose, knowing it hurt.

All those conversations that turned into fights. Where he crushed my soul with his words, because he wanted to reach me and he knew exactly how. Of all those times I’ve done the same.

I could tell you about the screaming and arguing and how it always ended with an apology and I love you on the pillow.

And when the arguments were too big, I could tell you about this unhealthy game on social networks, which consisted of blocking, unblocking, …

I could promise you that no kiss other than his had filled me with such fire and passion.

I could tell you about this hellish loop we’ve been running for years. Every time he disappeared and came back, I secretly hoped it would be different.

I could tell you that I imagined my future and that he was part of it, that he told me that he was “sure to have found his soul mate”.

He was not the only one responsible for this disaster

The main problem is that I had romanticized this dysfunctional relationship for so long that I didn’t see any other way to experience it.

I started to hate his presence because I had fallen in love with a fictional version of him, created from scratch in my head.

I clung to this false version of him like a drunkard on his bottle.

But when I look back I realize that we were selfish.

It has never been healthy; we have done everything in our power to make the other feel inferior.

We focused on each other’s insecurities and tackled each other whenever we got angry.

The apologies were just a parenthesis and we kept coming back to hurt ourselves more.

We have never set or respected individual limits.

In fact, we never really cared about each other’s hearts.

We thought it was love, but we never learned to treat each other well. This toxic love was all we knew.

He was intense but fragile.

Besides, it was probably not love but passion and I understood that passion alone only burns, it does not build the future.

It was only a matter of time until our egos destroyed us both.

We became more aggressive and although we wanted to continue loving each other, we were no longer able to forgive each other.

Only the debris remained, the fragments of our couple that showed how much we had hurt each other.

We could never truly forgive ourselves again.

We were so bad for each other because we were the worst versions of ourselves possible when we were together.

We inflicted pain and sadness on ourselves as if it was the only way to go.

And what I didn’t realize until much later was that we each needed something from each other. Unfortunately, we kept trying to find that something that wasn’t there.

When you are the external witness of such a relationship, you tell yourself that there must still be a breaking point, that no one can continue to live a toxic story for so long.

I cannot tell you that there has been a breaking point.

It just happened like that. So tired. I couldn’t continue to endure this game.

So I left, still loving her.

Because in truth, he was and still is a great guy.

And what took me years to realize is that we just weren’t meant to be together.

Trying to force anything and it will end up being destroyed and that’s how I understood that we are self-destructing.

It changes your whole view of love to love someone like that.

While living this devastating love, I realized all the things that had led me to live it.

I understood my flaws, what I had to heal.

So certainly, it is a path that I would not recommend even to my worst enemy, but now I move forward, more serene, wiser.

That day when I opened my eyes to what was not love, freed me from this toxic cage where I had locked myself.