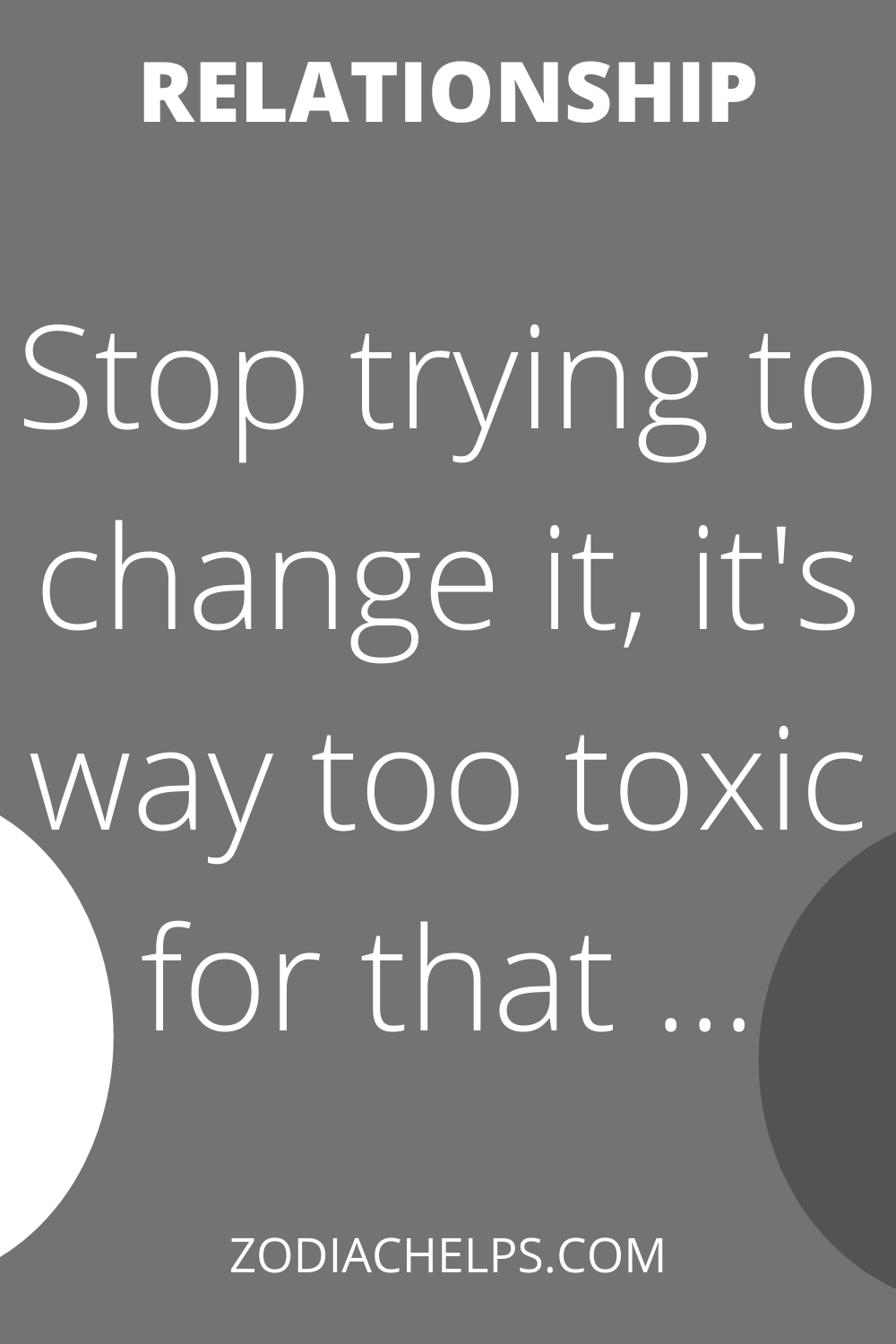 Stop trying to change it, it’s way too toxic for that …

I know you have the best of intentions. You want your man to be proud of who he is and to be a good partner. But you know what ?

All of this is just an illusion. He will never change… Indeed, he has no desire to become a better version of himself. He doesn’t want to be aware of his flaws.

You have a soft heart and tend to see the good in others, but sometimes that plays tricks on you. Still, it’s time to be real: you don’t have to try too hard for a toxic person.

You might feel like you’re doing the right thing by giving it a second chance, allowing it to correct its mistakes. But all his efforts will turn against you.

Yes, you are the one who is going to end up getting hurt. After all, kindness doesn’t always come in handy. Sometimes it’s a double-edged sword that ends up doing you a lot of harm.

A toxic man does not know how to appreciate all the efforts that his sweetheart makes for him.

A toxic partner never lives up to your expectations. He is not worthy of you because he is unable to see and understand why you are putting so much effort into your relationship.

You think that by lecturing him, arguing with him or explaining to him that he has to change because his behavior is unhealthy, that he is going to do it.

In short, this radical change that you have been waiting for will not happen. In any case, it won’t happen under the conditions you hope for.

Your man is not going to suddenly realize that he is about to lose you and pull himself together. No, the mental awakening will be much too late or will not happen at all …

Despite all the love and care you give him, he is not going to become another man. He won’t suddenly decide to invest as much as you in your relationship.

Of course, your partner may pretend to have changed for a short while.

For example, if you criticized him for not being romantic enough, then maybe he’ll give you flowers every day of the following week.

If you’ve criticized him for never wanting to go out on a one-to-one date, then he’s going to throw a romantic dinner the following Saturday just to ease the tension between you.

But these changes will be temporary. As soon as you calm down, he will go back to his old ways. It will disappoint you again and again.

Never, oh never, will it meet your expectations. The toxic man has made the choice to live his life this way. And there is nothing you can do to make him change.

You can’t convince him that you deserve his time, trust, effort, and attention. No matter what you do for him, he will never return the favor.

Honestly, such a man doesn’t care what he’s doing to you. All that matters are his needs and wants. Yours don’t matter at all.

Instead of changing, he will do everything to push you to change.

A toxic partner doesn’t listen to what you have to say, they don’t care about your opinion. Moreover, the more you try to change him, the more he will take it into his head to change you.

Instead of meeting your standards, he’ll find a way to force you to lower yours. Yes, he will convince you that you deserve much less than you desire.

Besides, your partner will do everything possible to mentally exhaust you so that you stop harassing him. By convincing you that you do not deserve better than him, he is ensuring complete control of your romantic relationship.

So, it’s up to you to act before it’s too late. Stop trying to change a toxic man because it’s not your responsibility to teach someone how to treat you right.

You should date someone who respects you from the start, someone who doesn’t wish to hurt you. In short, you deserve to be with a man who understands your worth.

Please stop investing all of your energy in trying to change it. You will fall from above! Besides, I’m going to ask you a few questions.

Do you really want to spend your life being miserable?

Are you ready to spend your life with a man who lies and manipulates?

How do you plan to have a family with such a man?

What do those close to you think of your partner?

Once you’ve answered these questions, you’ll know it’s time to slam the door!