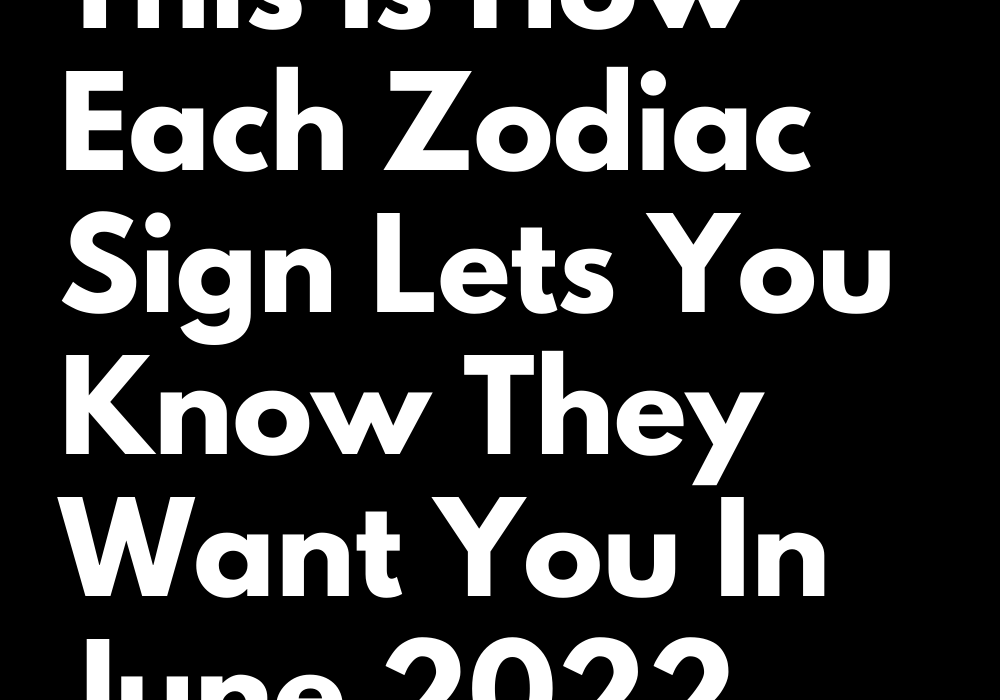 They don’t take off when things start getting more consistent.

Aries are excitable and thoroughly enjoy doing fun things with their partners. Always down for an adventure or a bold way to express how they feel, the beginning of romantic interests is always a favorite for an Aries. However, when things start to settle down and life becomes a little more routine and mundane, Aries can become bored easily and start searching for something more appealing- unless they honestly want you. In that case, the Aries will still make it a point to stick by your side, and even do their part to try and make those average, everyday moments something memorable- because they’re invested and just naturally capable of doing so.

They step out of their comfort zones.

Taurus’ are always going out of their way to construct their best possible life- they indulge themselves with finer things, they only allow certain people into their lives, and they work their way into the careers and social situations they want to be part of. When it comes to entertaining a relationship, Taurus people aren’t shy about making it clear what (or who) they want, but sometimes incorporating a new person into their lives is more difficult than it seems. However, if a Taurus is making space for you in their world, as well as changing around some things so that you can be woven into their lives, then this is no small thing- a Taurus prefers their comfort zone, and if they are willing to step out of it even slightly because of you, then you know they truly want you around.

They stick around when things become difficult.

Geminis are given a bad rep at times for being indecisive, but this is only because they are very aware of how much this world has to offer. Geminis love to learn new things, have new experiences, and meet interesting people- so initially, even if they are spending a ton of time with you, it doesn’t necessarily mean they want to be with you long term. It’s only made clear when things start to become more difficult- whether that’s through conflict, circumstances, distance, etc. In moments like these it’s much easier for a Gemini to run and find something new, but if they choose to stick around and actually try to make things work, then you know they honestly want you.

They want you to make connections with their loved ones.

Cancers are reserved at first glance, yet aren’t exactly shy about their romantic feelings. They tend to shower their partner with love and affection, even if the relationship isn’t super serious. However, due to Cancers naturally having a tendency to show large amounts of affection, it can be difficult to know whether they’re just excited to be in love, or if they are excited about you. However, if a Cancer start introducing you to their friends and family- who are extremely close to their hearts, you can take this as a strong sign they actually want you, because they wouldn’t bother with trying to bring you into their world and making you more a part of it if they didn’t genuinely want you to be.

They’re just as supportive and confident about you as they are themselves.

Leo’s are a perfect mix of extreme confidence and fierce devotion to those they care about. Leo’s know what they want and what they deserve, and they don’t have much issue pursuing those things. Because of their natural confidence and desire to work a room they can come off as incredibly intimidating at first, and it can be difficult to decipher whether they want you or just someone to recognize how great they are. However, you’ll know a Leo wants you whenever they start pushing you into the spotlight and drawing attention to you and your accomplishments rather that themselves. They will be just as excited and supportive of you as they would want for themselves, and will clearly show how much they enjoy being with you.

They admit their imperfections and flaws to you.

Virgo’s tend to hold themselves and others to a high standard, but that doesn’t mean that they are extremely open about how self-critical they are. Virgo’s tend to try and fix things on their own and keep their issues to themselves, and often this leaves them placing others at a distance. Though it’s a good sign if a Virgo has already let you into their lives in the first place, you’ll know they really want you if they open up about their own insecurities and fears- because they certainly don’t do that with anyone else, and it can be very difficult for them. Yet if they allow you to see this side of them, you’ll know you have their full trust and they genuinely want you to stick around.

They aren’t afraid to argue with you.

Libra’s love to form deep connections and truly desire to learn what makes their partner happy. Although they won’t put up with a one-sided situation, they’re extremely patient and take their time figuring out how both people can bring out the best in the other. However, Libra’s also have a tendency to brush conflicts and issues under the rug, in an attempt to keep the peace and hold onto the idea that everything is harmonious. Though they can appear uncertain at times, you’ll know a Libra genuinely wants you when they choose to actually engage in a conflict/discussion with you rather than brush it aside- they would rather fight with you and for you than risk losing you, and that says so much.

They choose to be vulnerable with you.

Scorpio’s are private and intentional in their dating lives- they tend to enjoy the fun and more casual aspects rather than jumping into full fledged relationships. This can be confusing due to how passionate and intense their feelings can be, and it can be difficult to determine whether their passion means they really want you or they’re just enjoying the game. However, when a Scorpio starts telling you things they say they haven’t told anyone else or being vulnerable about their fears, insecurities, and worries, then you know they really want to be with you. They don’t like to open up or be vulnerable with anyone, so if they choose to do so with you, it’s a very big deal.

They tell you straight-forward, no joking around.

Sagittarius’ are very carefree and try not to take things in life too seriously. Though they like to keep things casual and light-hearted, they’re more than aware of their feelings and the connections they make with people- namely because they’re so independent and on the move that anyone who captures their attention is something to pay attention to. Yet with a Sagittarius, knowing they want you is fairly simple- they will tell you, bluntly. Though they normally like to diffuse tense or serious situations with jokes and sarcasm, if they really want you then they will let you know- no games, no mixed signals.

They start relaxing about being with you.

Capricorn’s are fairly pessimistic about entering into relationships- they know that people and emotions are unpredictable and can’t be determined to an exact science, so they tend to expect the worst. Though they won’t exactly voice this out loud, it can be obvious at first that they’re hesitant to really invest in the potential relationship and they’ll hold a great deal of themselves back. However, after time has passed, if a Capricorn starts relaxing and showing off their goofy side, then you know they truly want you in their life. They’ll go out of their way to start investing more time and effort into being with you because they genuinely think you’re worth it.

They stop pushing you away (at least as much as they normally do).

Aquarius’ tend to keep themselves detached and distant from their potential partners, even when they truly enjoy being around them. They tend to prefer being alone with their thoughts and save their discussions for social justice causes and ways to make the world around them better. However, when an Aquarius truly wants you, they don’t just discuss things with you that they do with everyone else, they start to let you more into their space and take the time to communicate with you about their thoughts and feelings. They will go out of their way to be your biggest supporter in the things you’re passionate about, and you won’t doubt they’re on your side.

They talk to you about their problems.

Pisces’ are deeply intentional about their emotional connections with people. They aren’t afraid to dive into emotional territory and be a sounding board and strong support for the people that they care for. Though initially indecisive about whether to fully commit to a relationship or not, you can know a Pisces wants you when they start to tell you about their own problems, rather than only insisting that you talk about your own. Pisces are usually afraid of being a burden to those they care for and they don’t want to unload their worries on them, but if they choose to talk to you about their struggles then you know they want you around for a long time. 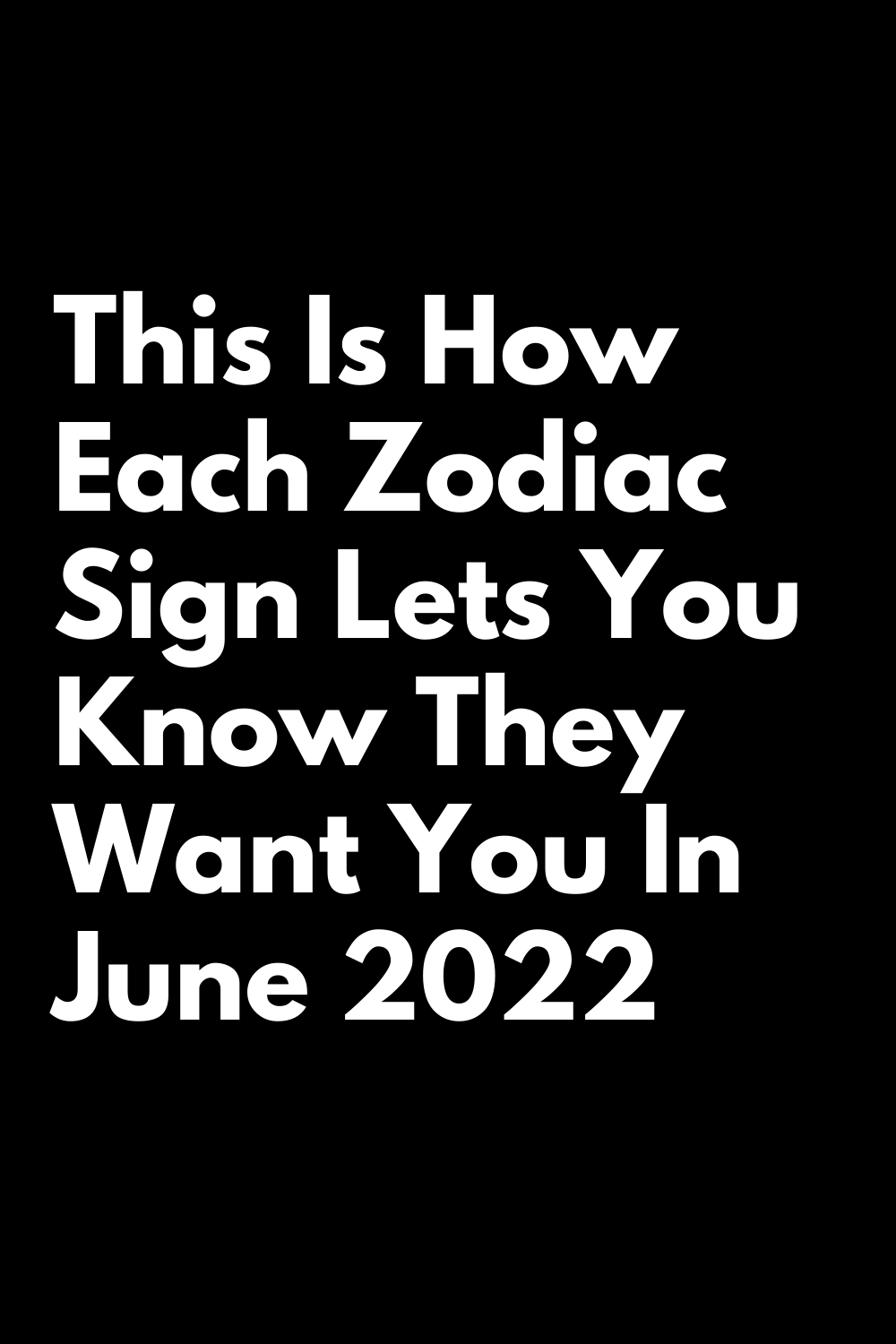 7 Signs Hard To Love. Find Out Who They Are!