Surely, you know couples who have never had conflicts.

Not only do they never argue in public, but they themselves claim that they do not argue at all in private. You probably envy them or wonder how they manage this performance, in a world where conflicts are the order of the day.

Well, we won’t tell you that there are no quarrelsome couples. They do exist, but they fail to mention certain less pleasant aspects. Or maybe they don’t even realize it!

What couples who don’t argue never tell you: 5 cruel truths

1. That their relationship is not very deep

No relationship is perfect. No matter how well two people fit in, there will always be misunderstandings, different opinions, complicated emotions and difficult situations between them.

If two partners do not encounter such contexts at all, it means that their relationship lacks depth and maturity. In the long run, this will prevent them from evolving together.

2. That they make more compromises than they would like and accept unacceptable things

Maybe your girlfriend is never arguing with her boyfriend. However, have you ever wondered if she is 100% happy with him? The lack of conflicts can often hide tacitly accepted things, things that bother, hurt and turn into huge frustrations if never addressed.

3. That they do not feel safe to sincerely express all their thoughts and emotions

Among the reasons why some couples never quarrel is the fear of sincerely expressing their thoughts and feelings. Partners are afraid to say what displeases them because, if they did, they would be greeted with toxic behavior. Therefore, they prefer to be silent and keep their grievances to themselves, so as not to “upset” their partner.

4. That it gets frustrating as time goes on

Anyone who has been part of a couple at some point knows that dissatisfaction is inevitable. Whether it’s details or major issues, they do arise, at least from time to time. When they are verbalized, they have a chance to be addressed and resolved, with the goodwill of the other.

When dissatisfaction is not expressed, it erodes the soul of the partner who feels it. Even if there is no quarrel in the couple at the moment and everything seems rosy, in the long run people will accumulate a lot of frustrations. Invitingly, they will push hard when they least expect it, with little chance of reconciliation.

5. That he admires people who have the courage to “quarrel”

Many times, behind the pride of never arguing, there is a sincere admiration for those who do it. Yes, you heard right! Even if some couples boast that they have no conflicts at all, their partners would secretly want to be brave enough to go through quarrels, resolve them, and see their relationship grow and evolve.

Therefore, he does not believe that happiness is reserved for those couples who do not quarrel at all. On the contrary, those who go through conflict will become stronger and more balanced! 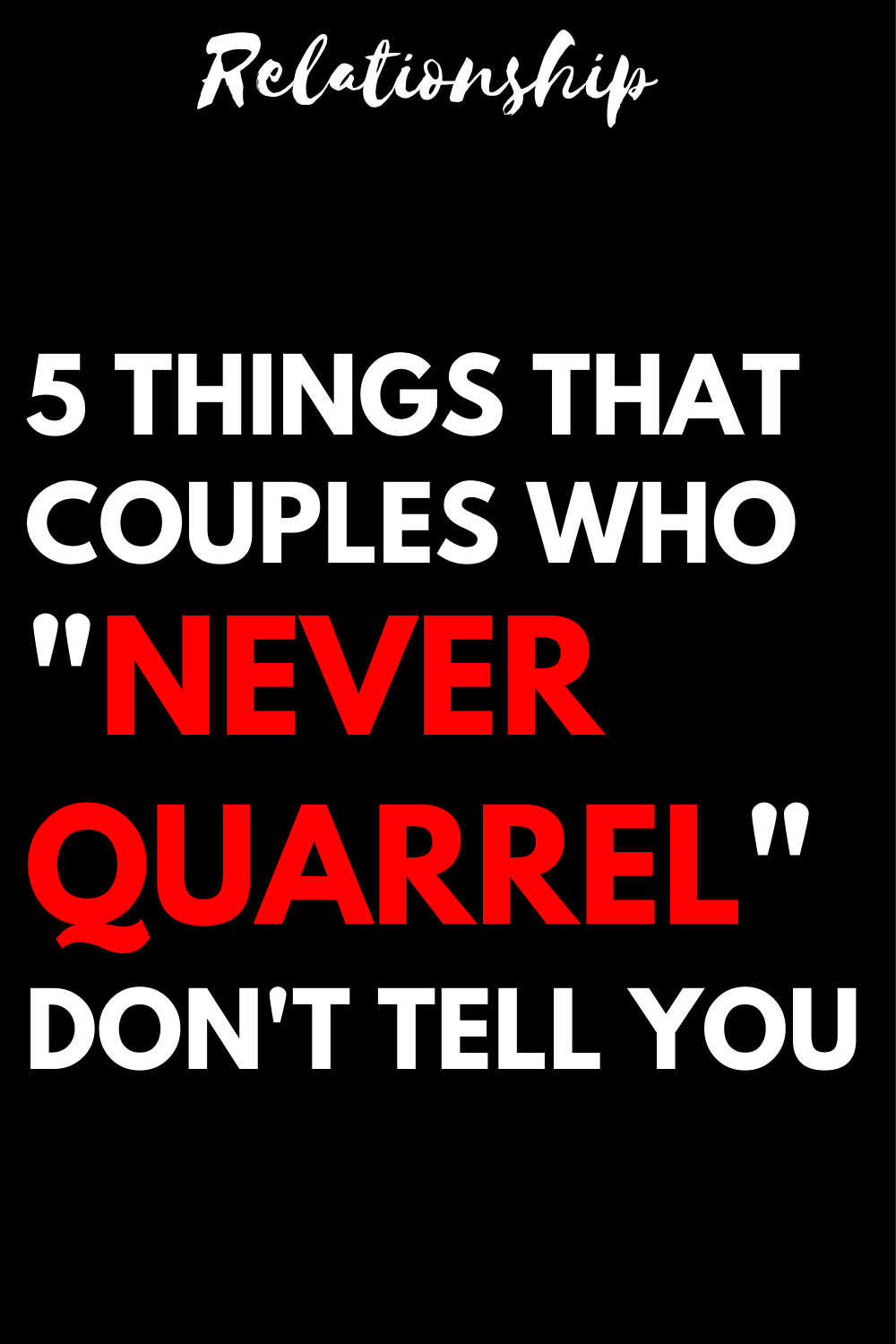 10 signs that you are both ready to say “YES”