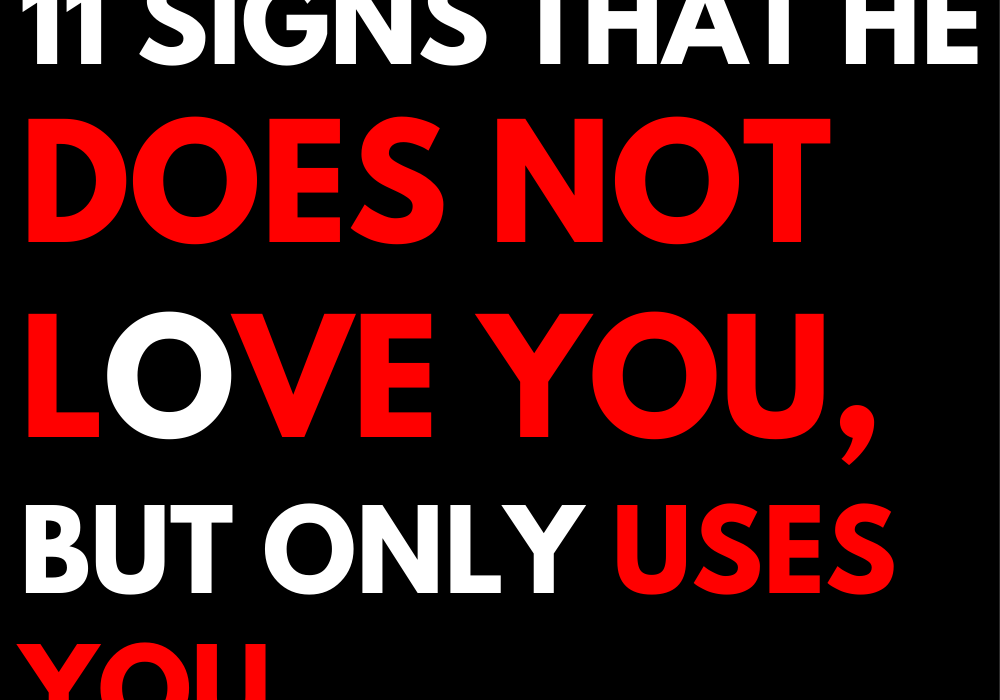 11 signs that he does not love you, but only uses you

If you have any doubts about his love, there are some signs that can help you.

Forced love is not something anyone could want!

If you are dating someone who makes you constantly doubt your relationship, it’s time to ask yourself a few questions. And if you want to know if a man really loves you, there are some signs that make it clear whether he does it or not. You deserve someone who wants to be body and soul with you and only you.

Here are 11 signs that he doesn’t love you, but only uses you:

1. He is always busy

He should want to spend a lot of time with you. Even if he’s busy, he should make time for you.

2. He does not introduce you to his family and friends

If he has serious intentions about you, he should introduce you to the important people in his life.

If you’ve tried to ask him about his past and he hesitates to tell you, he’s probably having trouble letting people into his soul and life.

4. You are the one who plans the meetings

He should put in as much effort as you. A relationship is a two-way street.

5. He writes to you, but he never calls you

He shows that he really cares about you if he does more than send you a text message. It also shows transparency, it can tell you verbally and openly what it does, not hide behind written words.

6. Don’t include yourself in his future plans

When he talks about future events, he rarely includes you in them. They should also think about the common future as a couple.

7. He’s still talking to his ex-girlfriends

It is a very important warning sign that he is still talking regularly with his former partners. If he has serious intentions with you, those past relationships are no longer worthy of his attention.

8. Avoid all forms of affection in public

Some people don’t like to show a lot of affection in public and that’s okay. But if he doesn’t even put his arm around you or take your hand, it means that his feelings for you are not what they should be.

He is careless with you and your feelings and often gives up on your plans. He should pay more attention to your schedule.

10. You feel uncomfortable when you are together

You should feel very comfortable and happy while you are with him. If the questions and worries about your relationship bother you and are always present in your mind, it is not a good thing. 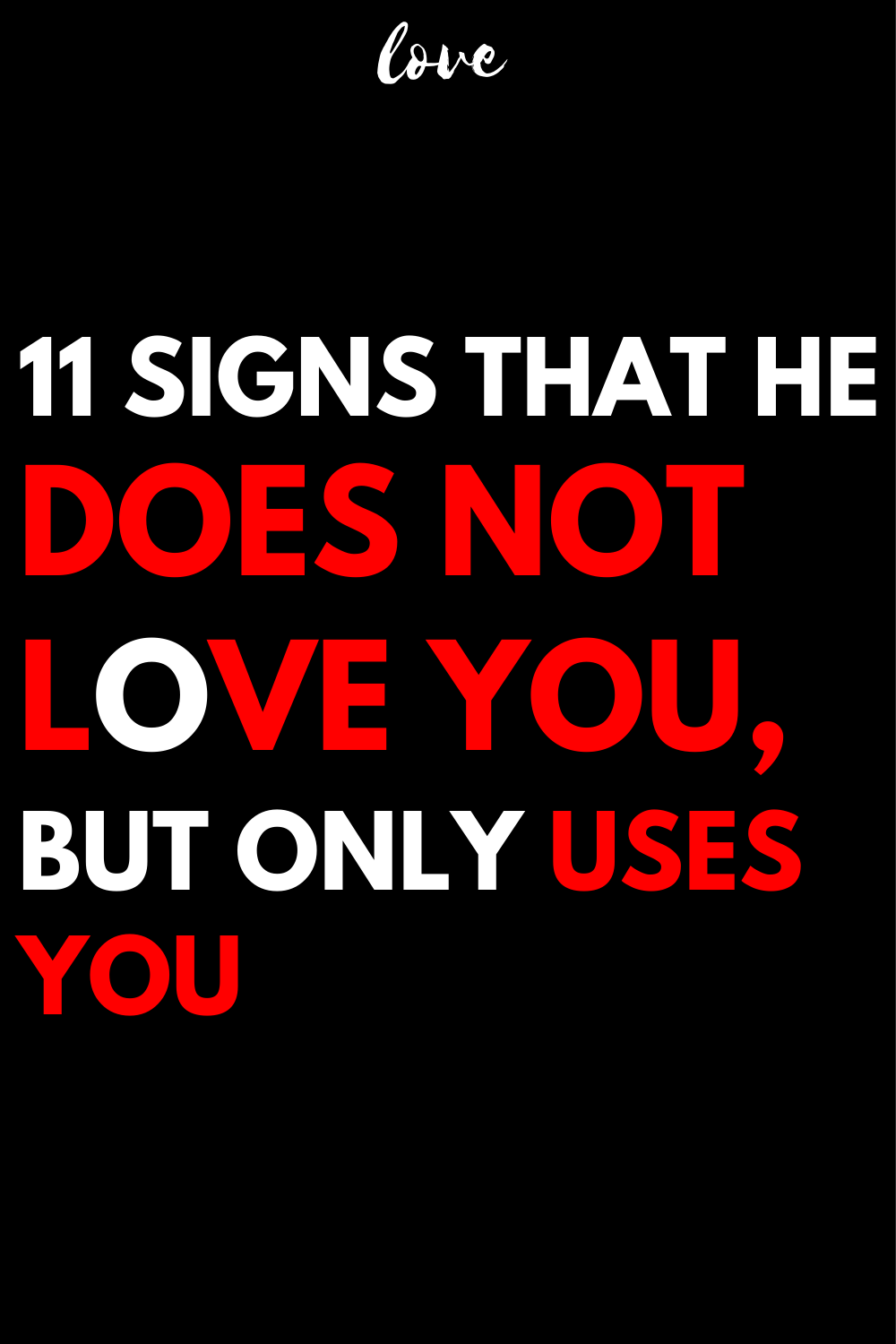