ZODIAC: THE 3 MOST IMPULSIVE SIGNS

“They have their hearts in their mouths”. Find out which are the 3 most impulsive signs of the Zodiac. Is your sign among them? Find it out!

Some people are calm and calm, while others act on impulse, without thinking, moved by an uncontrollable emotion. They argue frequently, but they are also able to forgive and have very noble attitudes, precisely because they act more from the heart than from the reason. They are not always understood, but it is enough to know them a little deeper to realize that they are not driven by evil or bad intentions.

The signs can explain many of your behaviors because there are signs that are much more impulsive, emotional, and passionate, while others are much more rational, balanced, and calm. Discover the most impulsive signs of the Zodiac and find out what characterizes them.

Zodiac: the 3 most impulsive signs

The Aries/Aries has Mars as its ruling planet, which greatly influences its attitude and action. Therefore, it is common for Aries/Aries natives to act first and then think. Aries/Aries don’t spend a lot of time analyzing or pondering. It is a sign of action and not of reason.

Often, this impulsive side turns against the natives of this sign who end up not knowing how to wait for the best moment and, thus, risk too much, and maybe harmed. That is, if you control your instincts, the Aries/Aries could avoid several problems.

To combat their impulsiveness, Aries/Aries should do activities such as running or weight training. By discharging all your energy, you will feel more relaxed and you will be able to better control your reactions.

The natives of Scorpio are ruled by Mars and Pluto. Mars contributed to impulsive and rash decision-making. He is even responsible for the most aggressive and harsh responses, so common in natives of this sign. It is common for this sign to hurt others through its overly direct or harsh speech.

This is another action sign that feels anguished whenever it finds itself stagnant. As they are not fearful, Scorpios take risks without thinking twice and are not afraid to defend something or someone they care about.

One way to better manage all these impulses is to channel your great energy into the martial arts, as they require discipline and also help to tire the body and eliminate all accumulated energy. In the end, the natives of this sign will feel better and will be able to get along better with others.

Aquarius natives are very instinctive and their mood varies depending on the moment. In addition, this sign hates to be stationary and does not like stagnant or less versatile environments. As he doesn’t care much about what others think either, he goes on his way, faithful only to himself.

Aquarians, do what they want, at the time and in the way they think is best, without feeling the need for anyone’s satisfaction. This free spirit and somewhat anarchic Aquarius can make you a sign of a difficult relationship with others, as it ends up not generating any empathy.

Traveling and meditation can greatly help the natives of this sign to better deal with their impulses and even some anger. 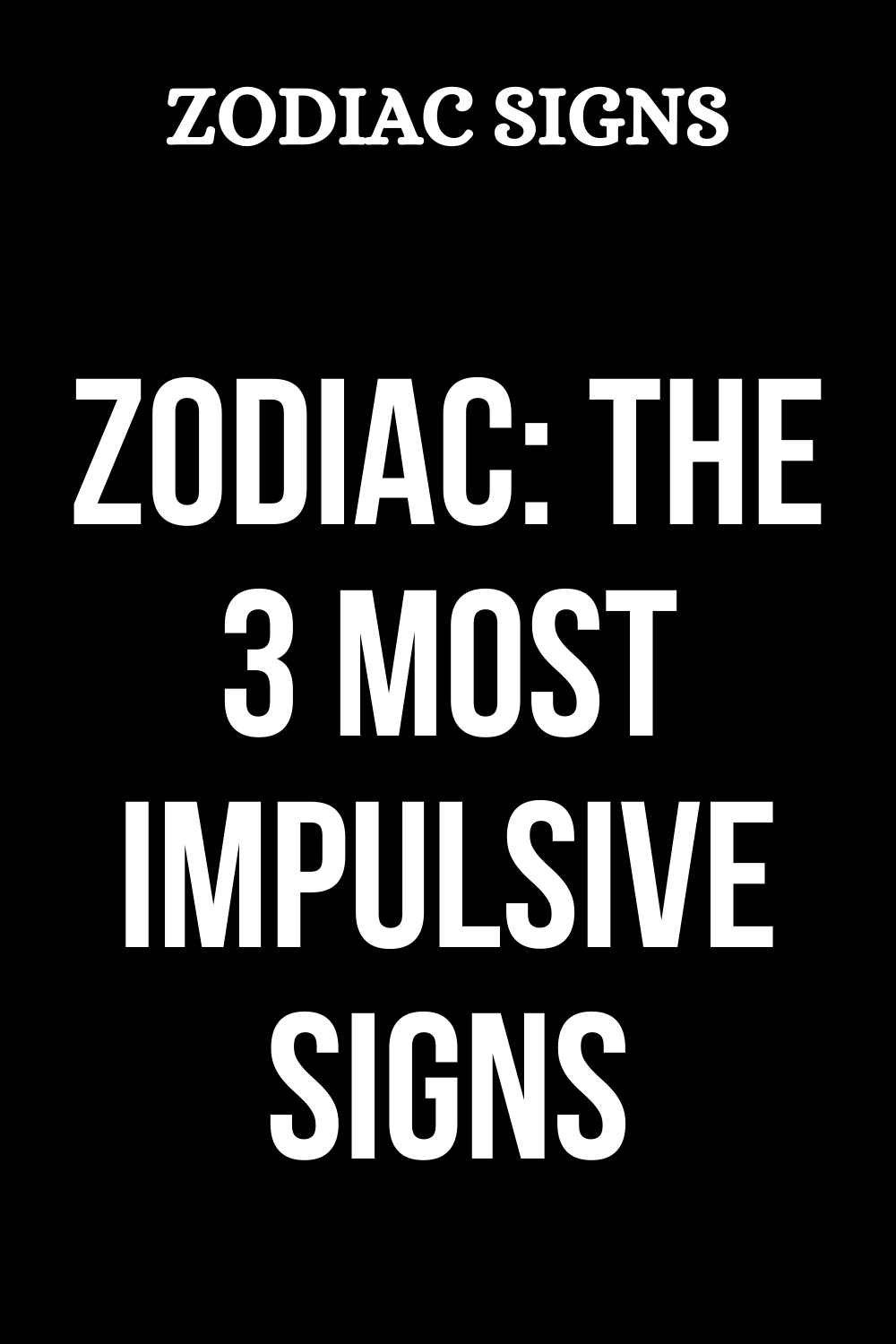 MALAPATH! DISCOVER THE UNLUCKIEST SIGNS OF THE ZODIAC

PROTAGONISTS! THE SIGNS THAT LIKE TO PLAY THE MAIN ROLE

THE IDEAL PHYSICAL ACTIVITY FOR EVERY SIGN. DISCOVER YOURS!