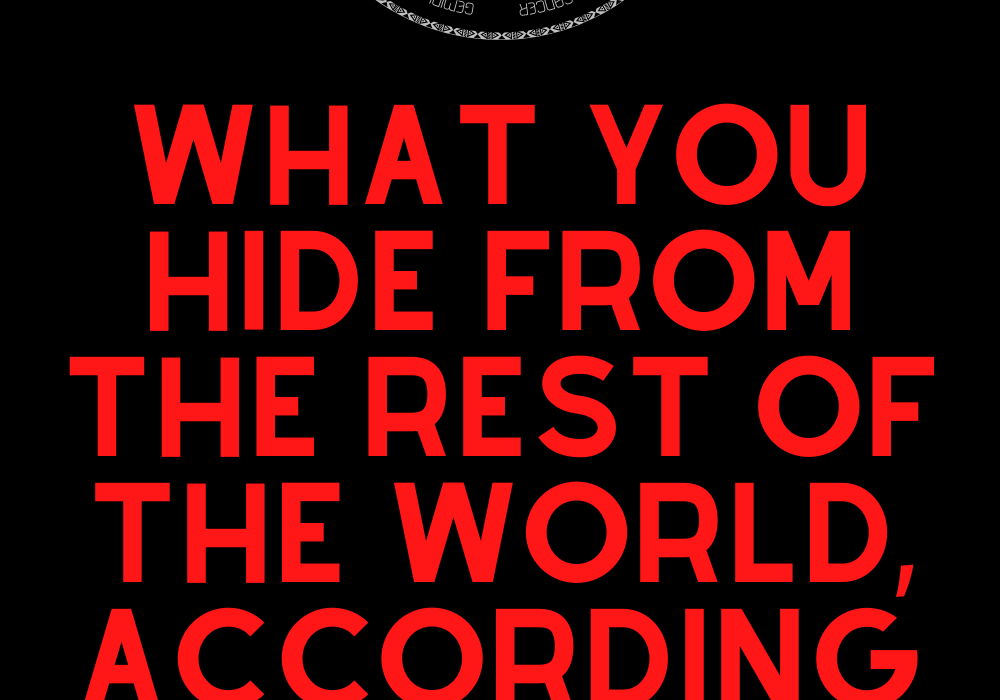 What you hide from the rest of the world, according to your zodiac sign

Everyone has their own secret garden and also some things they prefer to keep secret. Whether it’s not looking weak or feeling vulnerable, there are many reasons why we want to hide certain things. Here is the personality trait you hide from the rest of the world, based on your zodiac sign.

This is the most common personality trait you hide from the rest of the world, based on your zodiac sign.

Aries doesn’t want others to know that he has an emotional side. Aries are also known for their pleasant, calm and collected personality. And although they present themselves as super detached and independent, their emotions always take over.

In fact, it’s common for Aries to be troubled by the smallest things. They are just extremely good at hiding their emotions from the rest of the world.

The Taurus doesn’t want others to know how his insecurities bother him at times. And this is because they describe themselves as confident and fearless individuals in the most difficult things in life. Basically, they really care what other people think. Taurus hates to admit it.

They are constantly worried about the impression they give and whether it is positive. They have a strong desire to be appreciated and loved by all.

Gemini hides the fact that they like to be alone. Geminis are generally considered social no matter where they go. To be sure, Gemini is also a lonely person. And they often feel more comfortable when they are alone.

They like to be seen as outgoing in life, but it gets exhausting at times and they desperately need to spend time alone.

Those born of cancer don’t want the rest of the world to know how lost they are sometimes. Most of the time, they have no idea what they are doing or where they are going in life. They act confidently and often offer advice to those around them. And that’s because cancers have a compassionate heart.

They feed others and give the best advice. But often they won’t use these tips for themselves. Cancer will never let someone know they love to know they don’t even know what they really want or who they really are.

But what Leos won’t reveal is that they are still terribly hard on themselves. And they constantly have the feeling that they will end up deceiving themselves and driving away the people they love the most.

Virgo signs don’t want you to know that they are thirsty for true love. Virgo signs are often hopeless romantics with a wounded heart. And they are looking for the ideal person. They seem to be super in touch with reality. And you’d think they don’t believe in happy ending forever or in fairy tales. But secretly they thirst for love.

They dream of finding their own version of happiness forever, no matter what it might be like. Their cheesy, romantic side is something few people are lucky enough to see.

Libras don’t want you to know they’re just as confused as you are. Libras are generally referred to as the middle ground and balance. And they are often seen as a solid voice of reason. Libras enjoy helping others, but secretly they have their own underlying problems to deal with.

They are always faced with too many things to manage at the same time and the additional stress caused by the problems of others causes the amplification of their own problems such as fires.

Scorpios don’t want you to know how easily they get attached to something or someone. It is generally known that a Scorpio is a cold person, who doesn’t really need others. But basically, they care more about people than you think, but they will never admit it.

They become secretly obsessed with the idea of ​​something or someone and keep questioning everything until it becomes obsessive at times.

Sagittarians don’t want you to know that their tough outer armor can be broken and that they aren’t as mentally strong as they claim. Sagittarians like to be independent, resilient, and have self-control at all times.

They will never tell you the secret that sometimes they feel vulnerable. They struggle like everyone else with insecurity, but they will never let it show.

Capricorns don’t want you to know that they are constantly in a state of confusion and uncertainty about themselves. Capricorns love to be straightforward, grounded, and super straightforward with others. But secretly, they are more complex than they suggest.

Their minds are constantly running wild and it is often impossible to know what they really think. Capricorns claim to live a “simple life”, but they are far from simple.

Aquariums, I don’t want you to know that they are extremely introverted and shy. They are often seen as outgoing in their social life. People who entertain everyone around them and who are always the center of attention.

But secretly, they don’t like being in the spotlight and prefer to keep quiet.

Pisces don’t want you to know that their biggest fear is that they are alone. They hate the idea that anyone can get up and leave their life at any time. This very thought terrifies them. They constantly want their entourage to reassure them and feel they are not alone. They want someone who cares but doesn’t want to admit they want attention.

When they no longer receive the attention they have received, they panic and wonder if they have done something wrong. 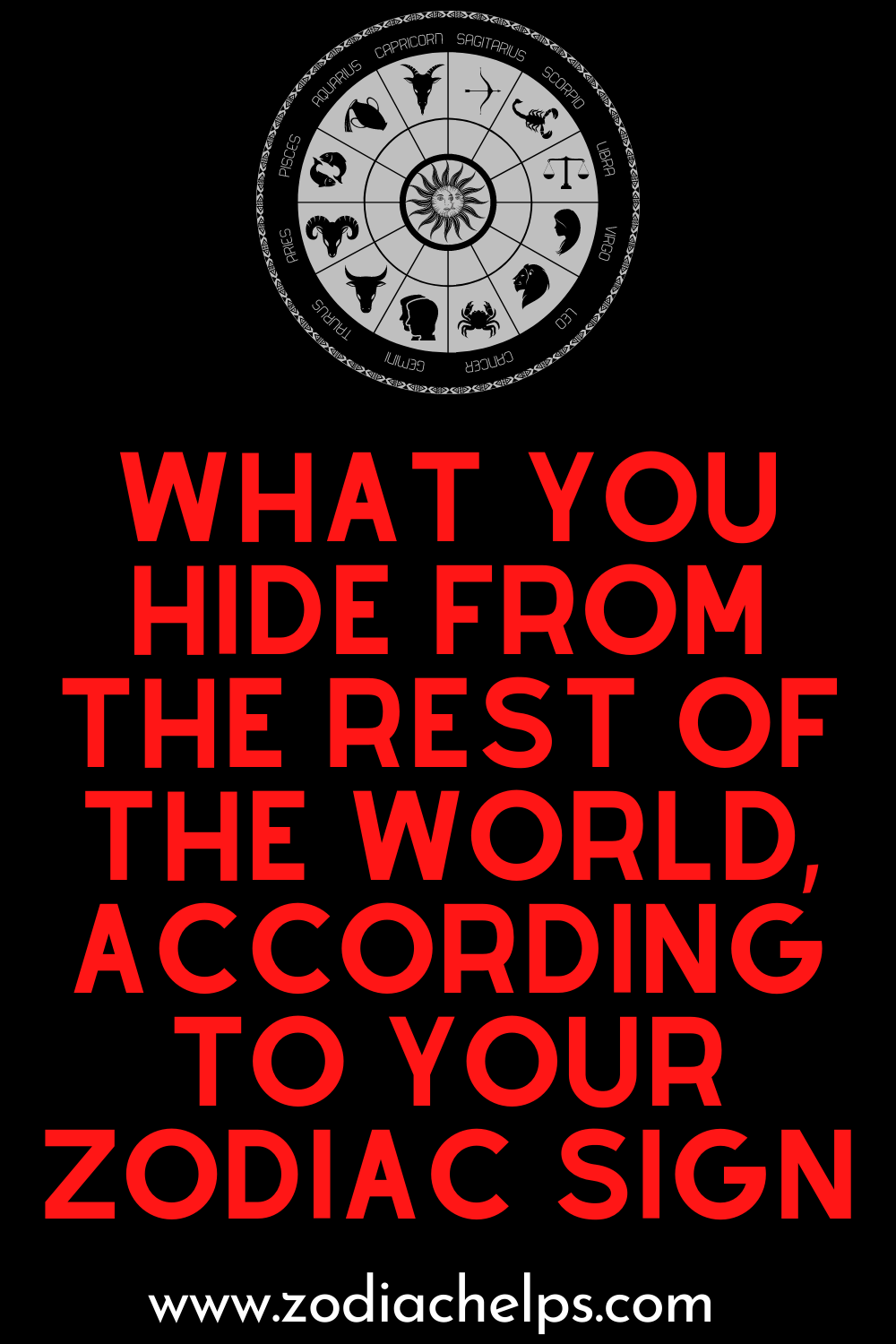 Discover Your Spiritual Animal According to Your Zodiac Sign

Here’s What Makes You Really Powerful, According to Your Zodiac Sign