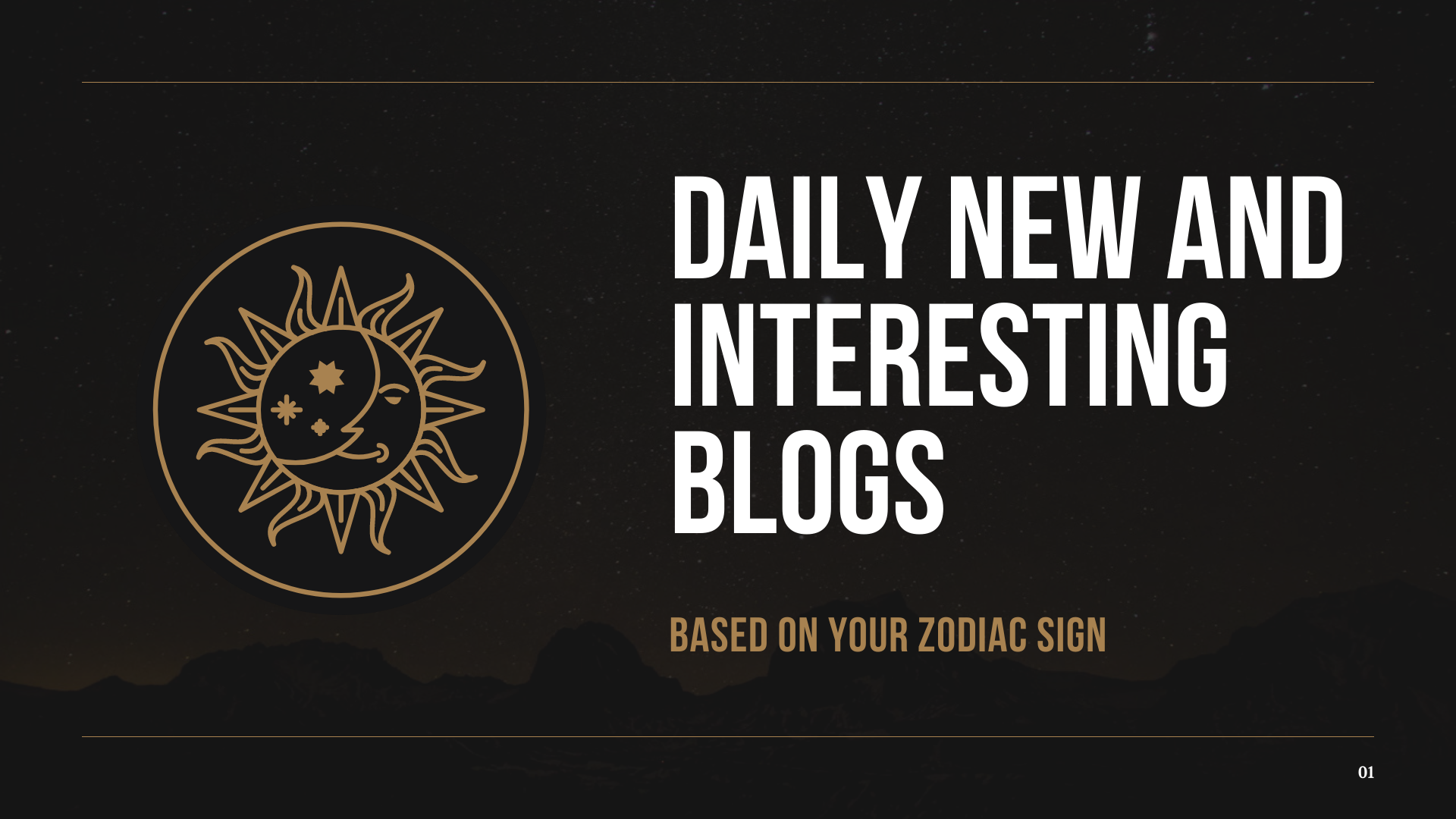 Which zodiac sign is the most difficult to live with?

Not feeling comfortable in your own home is a terrible feeling.

Because living together is not for everyone. There are many people who simply cannot function in such a life situation. We very often see TV shows about roommates where one is pretty messy and the other has a decent life but somehow still manages to get along.

However, the truth is that 9 out of 10 times it doesn’t work and one’s horoscope is a good indication of that.

What if you were someone who showered all the time – could you live with someone who rarely showered? Or what if the person showered regularly but kept messing up the bathroom?

Nobody wants a roommate who is inconsiderate. Someone who just eats without buying new groceries, someone who never tidies up the apartment, or someone who does disgusting things like cutting their fingernails in the living room.

But it’s not just someone’s actions that create a bad living environment, it’s people’s attitudes as well. What if the person you are living with pretends to live alone, e.g. constantly walking around naked or always watching TV too loudly?

We all have some strange little habits and sometimes our roommate won’t be able to accept all of those habits. I don’t think I could live with someone without a sense of humor, but then again, maybe someone else couldn’t live with someone who has pets.

Before you decide to live with someone, it’s good to know what to expect. Bad communication with your roommate can destroy the relationship and make it so that you never want to have anything to do with that person again.

So it is important to see what astrology has to say. Next are the zodiac signs that are difficult to live with, sorted from worst to best.

Which zodiac sign is the most difficult to live with?

The stars do not need to tell you anything, because you yourself know exactly how critical, perfectionistic and meticulous virgins can be. They love to be in control and if you borrow a piece of clothing from them and don’t return it in pristine condition, or if you don’t clean the bathroom regularly, there will be a problem.

While Virgos have many good qualities, empathy isn’t really one of them because they can be very rude. So if you are sensitive to criticism, Virgos may not be the best choice to share an apartment with.

Virgos are very helpful and know everything, but they may not let you do something on your own because you could just mess them up. Because of this, if you live with a virgin, you may feel like you are walking on eggshells in your own house.

It is very difficult to live with an Aquarius because they have no emotions. He will not encourage you to trust him with your feelings, but will make sure that you keep them to yourself, as he does not like it when someone talks to him about his emotional state.

Aquarius is extremely independent, so if you want to live with someone you can hang out with all the time, this could become an issue. But if he does feel the need to be social, then you can expect his friends to stay late into the night.

Every household has its rules, but following rules isn’t exactly what an Aquarius adheres to, so prepare for clutter.

Sagittarians love to be on the move, so it’s not unlikely that you won’t see your Sagittarius roommate as often as you’d like. When you get into an argument or need to talk about something serious, the Sagittarius may suddenly feel the need to go to Russia or Australia.

Sagittarians have no problem worrying about you and they want to hear what you are going through, but they need to deal with their own worries first. They have a great sense of humor, but sometimes they don’t know exactly when to show it. Sagittarius will always tell you their honest opinion, whether you want it or not.

When you live with a fish, you may feel that even if they are in the same room with you, they are not there. This is because Pisces have a very rich dream life and imagination.

They are very creative and will skip whatever they do to write down this great idea or work on their painting. Creativity doesn’t always mean clutter, but Pisces tend to be such people. Because they’re too busy creating something to do their part of the housework.

When it comes to ownership, Pisces are either minimalists or they want it all and there is usually no mean.

The Leo needs a lot of attention and when they are at home they have no way of being with the people who love them. If you are too busy with your own life to strengthen his ego, then there may be trouble.

Leos love to have fun in life, so if you are a shy person you might find it difficult to live with a Leo. They are very generous so they will surely buy more groceries than necessary. Leos don’t have a lot of patience, and as a result, they may not understand if you want to take things slower.

Living with a Taurus can be quite complicated because they are extremely persistent and uncompromising. If he doesn’t feel like doing any housework, then he won’t. Or if you ask him to help you garden if he doesn’t want to, he will completely ignore your request.

Taurus tend to spend a lot of money on luxury items, so if you are on a budget, he may not appreciate it. You should never assume that the Taurus will agree to take some of their food because if they want to share it with you, they will tell you too.

The good news is that Aries has a lot of fun with life and you will never get bored of living with him. But the bad news is that he can be reckless and very direct. He never thinks about whether his words could hurt you, he will just say it and then apologize afterwards.

Aries has absolutely no patience and doesn’t like it at all when people take way too much time to get things done. Therefore, if you are someone who takes a long time to make decisions, then there may be a bit of a problem between the two of you.

The Aries sometimes lacks discipline, which may indicate how they live. Since he sees the joy of life as a priority, he may find it very difficult to help you with the household. Aries has both good and bad sides, so living with him under the same roof could be a challenge.

Scorpios are passionate and intuitive people, and because of this, they can guess your feelings very quickly. The qualities that make the Scorpio difficult to bear are that they tend to be mysterious, jealous, and manipulative. In every situation he feels the need to play the boss.

He thinks everything he does is in your best interests. Scorpio thinks it is perfectly fine to be mysterious, but asks you to be an open book, devoid of any secrets. However, once you gain the Scorpio’s trust, you will have a loyal friend in him forever.

Geminis aren’t too difficult to bear as long as you are patient with their inability to make decisions. You may not know what mood you will find the Gemini in, but for the most part, he’s funny, a great conversationalist, and he has the ability to make it look like everything will be fine.

If you want the Gemini to do something on time, such as paying their share of the rent or arriving on time for dinner, then you have to trick them. If it is the case that dinner is usually 7:30 p.m., tell him to be home by 7:00 p.m. Or if you have to pay the rent on the 30th, tell him he has to do it on the 15th and everything will be fine.

Libra is one of the zodiac signs with which it is most beautiful to live. Libra strives for a harmonious and comfortable home. She is friendly and will always listen to you when you feel the need to talk about something serious.

She can be a little lazy, and her indecision can get annoying at times. Make sure the Libra is comfortable expressing their negative emotions or they will hold them in until they explode at an inopportune time. Because it is better for everyone if she immediately expresses her emotions instead of suppressing them.

Capricorn is one of the best zodiac signs to live with. Because he is extremely responsible and reliable. He will always make sure that the bills are paid and that everything works as it should. Capricorn loves to make a plan of everything, but they won’t hold it against you if you don’t follow them.

He does not have inappropriate expectations of other people, but rather respects the fact that everyone has their own skills and talents. When you need advice, there is no one who can help you more than the wise Capricorn. The biggest surprise in living with a Capricorn is that you will discover how funny they are.

A cozy home is very important to a Cancer and if he lives with you he will try to connect with you as soon as possible. Cancer will always give you a hand when you need it. Because for him it is a matter of course to look after people and to protect them.

While he can be a little possessive and clingy, nobody is perfect. But as a partner or roommate, he has few defects. Try not to take advantage of the cancer and make sure you do your part of the household and you are sure to have a good life with it

4 ways to make a narcissistic Aries dance to your tune

Hidden potential: 4 women of the zodiac who can become the most desirable